If you’re looking to invest in a beautiful property in Colorado, you are sure to discover that Golden, Colorado is a place of massive opportunity. Situated along the stunning Clear Creek and right at the base of the gorgeous Rocky Mountain Front Range, Golden is often hailed as the place “Where the West Lives”. 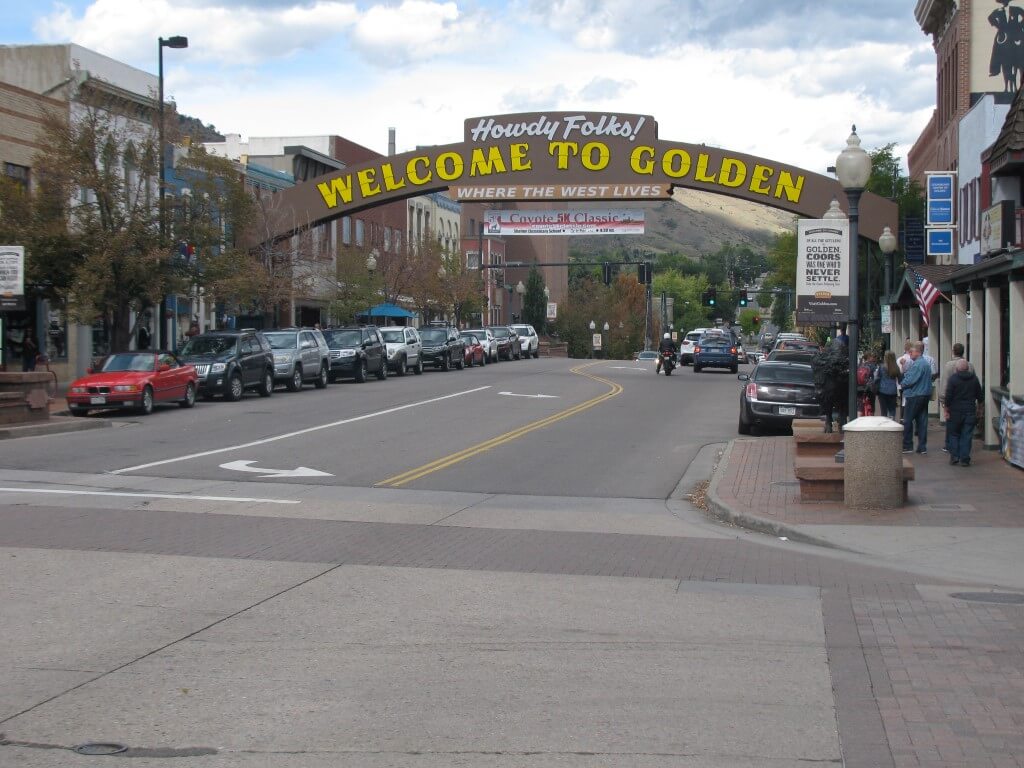 Today, this popular city is home to just under 20,000 residents. Backed by a rich history, enriched by a rich culture, and many rich opportunities, the city – originally dubbed the “Golden City” – is one of Colorado’s most endearing locations.

The origins of this unique Colorado city rests in none other than gold. In the mid-10th century, a small amount of the much-sought-after shiny, soft chemical element was discovered in Clear Creek. This attracted a multitude of settlers to the region. Miners were not the only ones that sought their fortune in the area. Farmers came to realize that the rich soil in the area could lend to their success in agriculture. It was soon discovered that the area was booming with a massive amount of natural resources – including coal and clay. By 1862, Golden City was named the official capital of the Colorado Territory. By the end of this decade, it was elected as the official seat of the ever-expanding county of Jefferson and also became the capital of the Jefferson Territory. In 1876 – when Denver was given the honor of being outlined as the capital of the State of Colorado – there was an immense protest among all of the locals. Regardless of Denver’s designation, the town continued to thrive and is still thriving – to this day. Residents enjoy a wide assortment of cultural, recreational, shopping, and culinary-based opportunities.

Prosperity at its Best

Golden, Colorado is widely popular for hosting a highly active business district that is – literally – just minutes away from the City of Denver. It prides itself as being a place to truly prosper. It lends its success to the fact that it focuses on providing the highest quality of life for those that elect to reside there. This is done through a unique leadership that is progressive, innovative, and holds itself to a high level of accountability. As a result, many opportunities abound for those that reside in the area as well as those that elect to work in the area. The economy is considered to be exceptionally healthy. This stems from the fact that the leadership in and around the community places a high emphasis on creating development programs that are designed to increase the monetary wealth of the city. These programs directly support both the residents of the city, as well as the businesses that are owned and/or operated within and around the city. If you are in search of prosperity, Golden is truly your key to success!

Golden has been known throughout history as the area where the second school in the entire State of Colorado was established. Today, it is a part of the school district known as “Jefferson County R-1”. It includes a total of four elementary education schools, one middle school, and the oldest senior high school throughout the state, Golden High School. It also serves as the home to the oldest public-based university within Colorado, called “Colorado School of Mines”. Situated nearby, is a school dedicated to the English Language, called “Mountain Language Institute”. This educational facility offers both traditional classroom lessons and online classes. The area is perfect for young families, in terms of education. It is also ideal for young adults seeking a college education in a small community atmosphere.

Culture and The Arts

Culture and the arts abound in and around Golden, CO. Here, you will discover a vast array of museums. Included – but not limited to – are the Astor House Hotel Museum, the Rocky Mountain Quilt Museums, the Mother Cabrini Shrine, the Golden History Center, and the Colorado Railroad Museum. The area serves as the home to the Jefferson Symphony Orchestra and the Foothills Art Center. If you have a passion for music – particularly rock music and the wonderful sounds of the blues – you will love the 150+ year old business and music venue called “Buffalo Rose Bar and Grill”. Originally a gold rush business, it has survived since those times and remains to be a favorite among locals and tourists, alike. There are several unique annual events that take place in Golden, CO. These include E-Days, Independence Day Firework Special, Olde Golden Christmas, and the Golden Music Festival. Clubs around the area include the American Alpine Club, Outward Bound, and the Colorado Mountain Club Collection. The beer culture is considered to be a thriving one that include an annual beer festival, beer tasting events, and even a special chili cook off event. It is also home to the brewery and headquarters of Coors Beers, so many events of the year surround that.

As you browse the streets of the historical region of Golden, you will find a wide variety of shops, boutiques, galleries, and similar venues. This city offers Front Range shopping at its best. Examples of the shopping venues include Avenue Gifts, Big Dr. Eam’s Exotic Arts & Music, Creekside Jewelers, Earth Sweet Botanicals, Golden Goods, Kohl’s, Powder 7, and more! Regardless of your hobbies, interests, or passion, you are sure to discover a variety of shops and boutiques tailored to your tastes!

Golden, Colorado offers many unique job opportunities. If you are interested in moving to this spectacular city, you are sure to discover that you have many exciting jobs to choose from. If you are interested in purchasing rentals to sublet, you will find a seemingly neverending stream of potential renters looking for homes in and around the area. From all of the breweries to the museums to the entertainment venues to shopping and dining, the job market is swarming with well-paying, highly satisfying jobs. Don’t like the selection in Golden? Take a quick ride to nearby Denver where tons of jobs abound in nearly every single industry! Now that you know that Golden, CO is THE place to be, it is time to review the real estate in and around the area. As a renter, you may choose from apartments, condos, single-family homes, and more! On average, the rent goes as low as $900; however, there are availabilities for a little less. If you are a landlord seeking to sublet your property, you may easily rent out for anywhere from $900 to $3,000 a month – depending on the type of property that you own, its location, and its general condition. In addition to providing housing for those in Golden, you may be able to obtain prospects from Denver, too. The housing market is a wonderful industry to pursue in Golden, Colorado; however, all surrounding areas currently have renters on the market. This includes Denver, Westminster, Aurora, Boulder, and similar locations. Many are willing to rent in Golden as it is close enough to immensely popular regions to travel back and forth for school, work, and play! 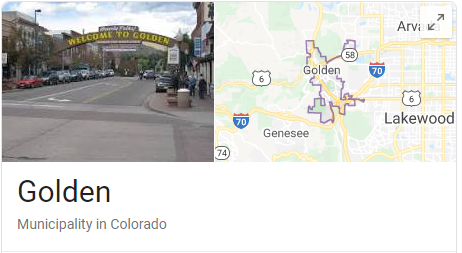 The Coors brewery plant in Golden, Colorado, with the School of Mines football field in the foreground

For over a decade, Pioneer Property Management has offered its expert property management services in Golden, Colorado.