City Park is an urban oasis situated in Denver, Colorado that is a hot spot for investors seeking to profit from real estate. This neighborhood lies in the east-central region of the City of Denver and has gained an immense amount of popularity due to its inclusion of the Denver Zoo, Ferril Lake, Duck Lake, and for being the largest of all parks within the Denver region.

Not only does the area attract those that seek to enjoy a highly active life with a backdrop of the urban lifestyle, but also many businesses that wish to expand on their success. It does not matter if you flip homes, specialize in residential rental properties, or want to expand your commercial real estate portfolio, it is all possible in City Park!

A Neighborhood with a Rich History

In the year of 1858, Denver was founded as a mining camp. During the 1870s, it had drastically increased in overall population. The residents desired open spaces and beautiful parks. It was during that time that the city obtained nearly 1,300 acres to construct those areas. The largest portion of the land was transitioned into City Park. It was created by Henry Meryweather to reflect Central Park and the pastoral gardens of the English. By 1893, the World’s Fair initiated the movement referred to as “City Beautiful”. Since this time, it has undergone a massive amount of revitalization and has grown immensely popular to both residents and those from other areas of the world.

Within City Park is Colfax. It is a popular travel destination that includes numerous retail venues, trendy restaurants, and a multitude of businesses. Commercial and residential developments have sprung up – including the towers of the Pinnacle.

It includes many cultural institutions that attracts people from other parts of the country and the world. It is known for its free concerts, boating activities, and mass array of wildlife. City Park has taken on its own personality and it is highly attractive to both those that invest in real estate and those that have a desire to live in a fun-filled, urban atmosphere with a touch of cultural sophistication.

City Park includes a high level of green space more than urban blocks, but given its central location, it is now considered to be one of the 10 highest ranking neighborhoods that are part of Denver. This resulted from a massive upswing in the sale prices of the homes in the area and its increasing popularity due to the construction of new buildings. In fact, it ranks 3rd – in terms of fastest moving areas.

Residents in City Park place a high emphasis on the amenities within the area. These include the Denver Zoo and the Museum of Nature & Science. These both rest within the confines of the boundaries of City Park. Additionally, there is a massive assortment of restaurants and venues for entertainment – such as the Bluebird Theater. City Park is considered to be a straight shot to the carefully crafted downtown area of Five Points. Individuals may access this area by walking, biking, or by car. The amenities that are available within this Denver neighborhood make it an area that is high in demand among those seeking to purchase or rent real estate – be it residential, commercial, or industrial.

According to statistics, the average median age of the residents of City Park is 34. A total of 69% of all individuals that are at least 25 years of age possess a Bachelor’s or higher degree from college. This makes it a highly educated location. Commutes are relatively fast in and around the neighborhood. On average, the trips take anywhere from 15 minutes to a half hour (that is including stops) to reach destinations within the neighborhood.

If you are interested in investing in real estate in the City Park neighborhood, you will be pleased to find that 61% of all of the residential units in the area are occupied by renters. Still, 39% of the units are owned. Regardless of whether you specialize in subletting or flipping, you are sure to find that you have a large return on your overall investment! Most households are those that are single; however, approximately one fourth of all the households consist of families. Of that, the average income ranks in at just under $80,000 a year! This means that if you specialize in rental property, you are able to charge increased rates for the area!

What is the Average Rent in City Park?

The average rent charged by landlords in City Park varies, based on the type of unit and the size. On the low end, the average is approximately $1,200 each month. On the high end, the average ranks in at a whopping $3,500! Regardless of whether you settle on the low end, the high end, or somewhere in the middle, you are sure to find that it is exceptionally easy to flip a profit when it comes to rental property endeavors!

How Long Does It Take to Get to Denver?

One of the most popular highlights of the City Park neighborhood is the fact that it is in close proximity to the City of Denver. Denver not only has a multitude of educational opportunities, amenities, and venues for all walks of life, it also offers massive levels of employment opportunities. Best of all, the unemployment rate is exceptionally low in the City of Denver. City Park is only about 30 minutes from Denver. Being that all that there is to access in the City of Denver is in very high demand, if you specialize in real estate in City Park, your rental property will prove to be in high demand, too! The same holds true if you are investing in real estate projects for the purpose and intent of flipping!

What is the Population of City Park?

Currently, there are just under 3,700 individuals residing in the City Park neighborhood of Denver, Colorado. The neighborhood is located within Denver County and is considered to be one of the absolute best locations to live within the State of Colorado. Residents are able to enjoy the urban lifestyle with the freedom of renting. The city offers a massive number of lounges, restaurants, specialized beverage shops, and parks. Mostly young residents are professionals who specialize in certain industries. The schools in the area are considered to be above-average and the political views are deemed “moderate”.

What Are the Home Values of City Park?

Currently, the median home value ranks in at approximately $536,416. In the year of 2020, the average sale price measured in at $651,846. Currently, the median home value is dropping. This is the perfect opportunity for investors that are seeking to purchase real estate properties and flip for a profit later on. It is important to buy low initially, wait out the market, and then sell. In the meantime, investors may take said properties and rent them out. City Park consists – mostly – of renters, so it is a win-win move!

City Park is considered to be one of the most scenic and natural of all locations associated with Denver, Colorado. Those that reside in the area love embarking on outdoor adventures and enjoying the natural highlights throughout the neighborhood. You will see people having picnics, running, playing tennis, paddling around the two lakes in the neighborhood, and even enjoying themselves at the City Park Golf Course. Additionally, it is home to the Carla Madison Recreation Center. This has an eight-lane pool, a specially-designed room of weights, a studio for cycling, and even a lazy river to offer a break after all those intense workouts!

There is always something to do in City Park! This is especially true on Colfax Avenue! Gere, you will discover many different food and drink venues that are sure to satisfy the cravings of everyone that visits and will keep those people returning for more and more! In addition to residential rental opportunities, you may just find that there are commercial rental opportunities for you in this area. Examples of popular venues include Okinawa, Middleman, Atomic Cowboy, and the Q House. By doing a little research, you may find that you are able to purchase your own food and drink venue on Colfax and experience massive profits from the endeavor! 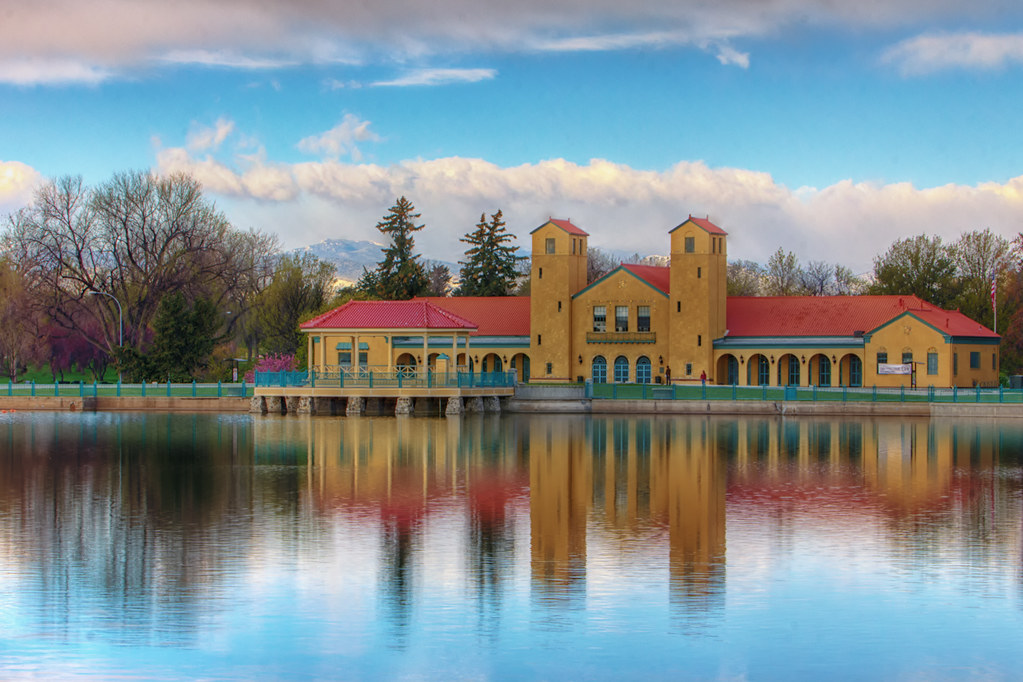 For over a decade, Pioneer Property Management has offered its expert property management services in the City Park neighborhood.