The City of Glendale in the State of Colorado is considered to be a unique city in that it is located in an enclave situated in Arapahoe County. Additionally, it is in the middle of both Denver County and the City of Denver.

Distinguished as a Home Rule Municipality, Glendale was officially incorporated in 1952 and has a population of less than 5,000. It consists of 365 acres and a total area span that covers just 0.6 square miles. Water accounts for 1.5 acres.

While considered to be relatively small by most, it offers exceptionally large benefits to real estate investors seeking to experience massive returns on their investments. 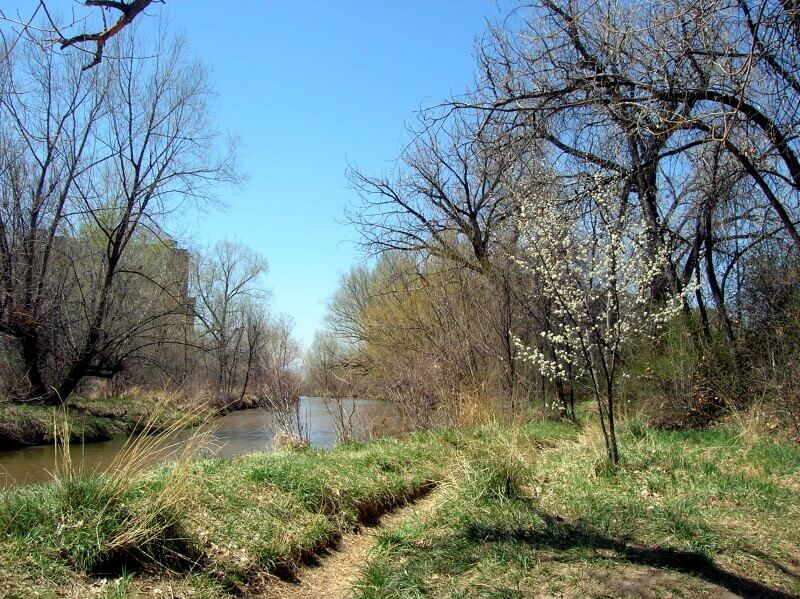 In 1859, the area that is now known as “Glendale” was identified as the Cherokee Trail and the South Branch of the ever-popular Smoky Hill Trail. These trails came down through the area of the Cherry Creek Valley and extended past what was known as the “Four Mile House”. This particular structure was a stage stop for travelers. Eventually, it transitioned into a station utilized for a stock ranch and the numerous freight wagons that passed through the region.

The first time that the area was referred to as “Glendale” was in December of the year of 1896. This was when the Glendale Grange was developed. Land was founded and donated by Agnes and J.M Riddle at the time. There, the Grange Hall was constructed and officially completed the following year in 1897. By the time 1902 rolled around, a man by the name of William Harold Baumert had a dairy farm that he officially named the “Glendale Dairy Farm”. From that point forward, all individuals started to refer to the community as that named “Glendale”.

During the 1920s, the area became quite popular among travelers and those seeking to take up residence. It was during this time that the area situated at the northeast region of Colorado Boulevard and Virginia Avenue was officially purchased. By the year of 1933, individuals sought a retail-based beer license to open an establishment on that land. This license was approved and the opening of the establishment proceeded. Naturally, this brought even more people to the area.

By the year of 1952, a group called the “Trustees of the Town of Glendale” was established. On May 20th of that same year, the first meeting was held by the group. Ultimately, the people of the area feared that their small town would be legally annexed from the large neighboring City of Denver. If this occurred, the residents felt as if they would lose their independence. Once voicing their position on the matter, a filing for the official incorporation of the town was done. It was approved. On the 8th of January in the year of 1952, the town officially incorporated as the “Town of Glendale”.

Throughout the 1970s, the City of Glendale was considered to be a nexus of both the nightlife and entertainment for those that were part of the Metropolitan Denver region. Walt Disney owned an entertainment landmark in the area that was known as the “Celebrity Sports Center” along with numerous other known celebrities. It was in operation from the year of 1960 to the year of 1994. Today, it continues to be immensely popular and does include a few points of interest. The main attraction is for real estate investors, though, as it is becoming a major hub for commercial real estate developments – such as residential high rises and office spaces.

While relatively small, there are a few main points of interest in Glendale and in close proximity of the city. These include the following:

1. The Four Mile House – This is situated on the edge of the city in the Four Mile Historic Park. It is often referred to as “Denver’s Oldest House”. This structure is listed on the Historic Places National Register. It was constructed along Cherry Creek in the year of 1859. During its history, it has been a state stop, a tavern, and a wayside inn. Today, it stands as a popular museum where events are held. During the summer months, it serves as a summer camp. It is just outside of the main city limits in the Denver neighborhood identified as “Washington Virginia Vale”.
2. The Four Mile Historic Park – This 12-acre park served as a type of stage stop from the year 1860 to the year of 1864. It is located on the banks of the popular Cherry Creek. In the park stands the Four Mile House and many pioneer exhibits. There are guided tours that educate guests on the frontier of the State of Colorado and special events throughout the year for people of all ages.
3. Infinity Park – This is a campus located in the city that places an emphasis on municipally-owned sports, events, and entertainment. It spans over a total of eight blocks. Here, visitors can enjoy a fitness center, an event center, a recreation center, a facility that trains athletes at a high altitude, an outdoor park that is very large, as well as a rugby stadium that sits 4,000.
4. The Cherry Creek Trail and Bike Path – This particular trail runs a total of 40 miles. It starts in Douglas County and runs to Confluence Park, which is located in the Downtown Denver area. Cyclists, joggers, runners, and walkers have the ability to enjoy time in the great outdoors while exploring some of the most beautiful scenes in the entire state.
5. The Cherry Creek Shopping Center – This shopping center includes over 160 various stores and restaurants. It is often referred to as the “Premier Shopping Experience of the Rocky Mountains”. Here, you will find everything from Abercrombie & Fitch to LensCrafters to Zale’s. There is – literally – stores and restaurants for every age and every taste!

The average home for sale in Glendale, Colorado sells at approximately $304,500. Those that have one bedroom increased by 33.4%. Two bedrooms increased by 2%. Three bedrooms increased by 21.8% and there was no increase among four bedrooms. Given that the City of Glendale is a Suburb of the City of Denver, it is highly attractive to renters and buyers who are seeking close proximity to employment and educational opportunities. The overall Grade provided to Glendale is “A+” because of its excellent public school system, housing opportunities, family environment, nightlife, and overall diversity. As a real estate investor, you simply cannot go wrong by investing in Glendale.

Due to its overall small size and its many attractions – both natural and manmade – Glendale is considered to be one of the best places to live. It offers those that reside there an urban feel. While there are individuals in the city that own their home, Glendale consists of mostly renters. These consists mostly of young professionals and families that are just starting out. There are commercial opportunities for real estate investors looking to purchase and/or rent out bars, stores, restaurants, coffee shops, and residential high rises. Most who live in the area identify themselves as “liberals”. The public school system is one of the highest rated in the country. As a result, you will likely find that you experience a very high return on all of your real estate investments. If you are a tenant, you will find that there are many rentals available – whatever your needs.

Statistically, 90% of all residents rent and only 10% own their own home. The median value of homes ranks in at $265,000. The median rent in the area is $1,349 – which is $287 higher than the national average. The median household income ranks in at approximately $57,000. The main places of employment in the area include Care Synergy, GCC, University Communities, Cardinal Group Management, and ENSERVCO Corporation. Places that are similar to the City of Glendale include Meadow Hills, Heather Gardens, Prides Crossing, and Pheasant Run. When looking to compare, you may use these neighborhoods as a basis to seeing Glendale and its overall offerings.

If you are a real estate investor, it is important to note that there is property management assistance offered in the City of Glendale. This is provided by Pioneer Property Management. Not only does this company specialize in a wide array of services that will help you in managing actual property that you acquire, they also offer information on properties that are available for purchase in the area. Many of these properties are not listed publicly. Therefore, you have the best chance of getting an outstanding deal with the inside information that is provided by Pioneer Property Management. Once you purchase a property, the company can assist in tenant screening and selection, maintenance, 24/7 emergency response, documentation, bookkeeping, and all other tasks that will streamline your business.

For over a decade, Pioneer Property Management has offered its expert property management services in Glendale, Colorado.